2019 marked the Greek Welfare Centre’s 40th year of service towards the Greek/Orthodox people of South Australia and the wider community in general. In honour of our patron, St Philothei, the GWC hosted a celebratory dinner with George Diakomihalis as MC and guest speaker Mrs Christine Economos, Director of Nursing at the RAH, to commemorate this special milestone. We were honoured to have had His Grace, Bishop Nikandros, His Excellency, Mr Hieu Van Le AC, Governor of South Australia, MP’s Mr Stephen Patterson and the Honourable Tom Koutsantonis, Counsel General of Greece, Mr George Psiahas, as well as Mr Michael Coxon, Mayor of the City of West Torrens along with his councillors Mr George Vlachos and Mrs Elisabeth Papanicolaou present on the night. It was also wonderful and nostalgic to see both past and present staff, volunteers, clients, sponsors and supporters of our Centre come together to celebrate. We would like to take this opportunity to thank everyone for their support of us over the last 40 years, which has seen us grow and expand considerably. It is a tremendous honour and blessing for us to be able to serve our community and we look forward to being able to do so for the next 40 years and beyond!

Download a copy of our 40 Year Anniversary Booklet here:

Back to News page 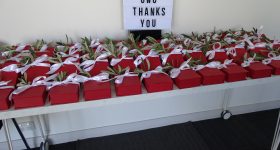 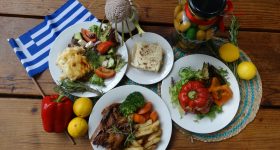 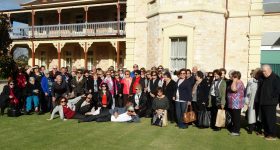 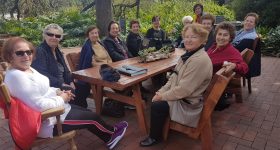